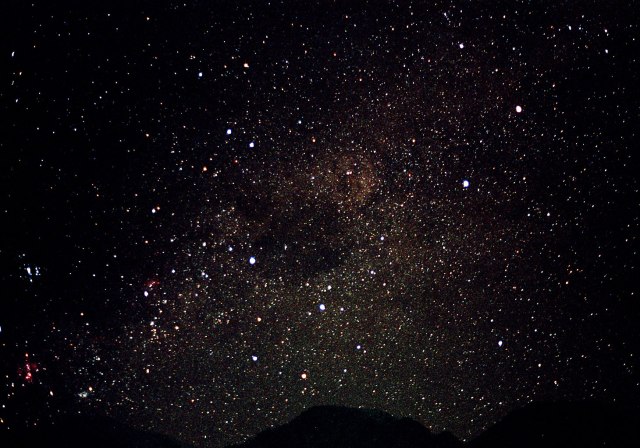 Stars. I don’t usually notice them. A city dweller all my life, the night sky just isn’t something I usually consider. But one evening recently I looked upwards and there they were. Not many. Just a few twinkling lights visible through the city street lights. A dark canopy pierced by a few pinpricks of light. As I looked at the few stars visible through the city light pollution, my thoughts turned to the prehistoric communities that I seek to study and just how different their experience would have been to mine. Without modern light pollution and enclosing buildings great night vistas would have been visible, rather than the few stars that I could see that evening. Dark skies would have permitted the experience of the full spectacle of starry skies and, in a society where more of life was lived outside, the moon and the stars would have featured strongly within the lives of those living under them.

Undoubtedly prehistoric communities were well aware of the starry heavens, and the movement of the heavenly bodies. It is likely that the celestial bodies played a part in the worldview of prehistoric peoples – they were as much of part of the landscape and environment within which they dwelt as the hills and the trees – and undoubtedly they attached stories and myths to the moon and the stars. The changing night sky would have surrounded and enfolded those in prehistory as much, and possibly more so considering my experience, as it does today. When it comes to archaeology, the focus and also the source of much debate and controversy, is the way in which the moon, stars and sun may have influenced the monuments that we study. Monuments such as Stonehenge, Callanish, Newgrange and Maes Howe, as well as countless other prehistoric sites and monuments, have been connected with movements of the moon and sun. Alignments have been suggested and calendrical functions postulated. Starry connections are much more difficult to demonstrate. Not everyone accepts these postulated relationships, though it is certainly not outside the bounds of possibility that some monuments were constructed with reference to the night sky. But in order to observe and then build monuments in such relationships, people must have been there in the dark. Not just once, but on many occasions. Even if you do not accept such connections, these monuments are places that must have been experienced in the night as well as the day.

The Moon at Mitchel’s Fold Stone Circle by ushishir is licensed under CC BY 2.0

This, though, is one aspect of prehistoric life that I, for one, have not really thought about in much detail. As I contemplated those few stars that evening, I realised that I only ever tend to think about the monuments that I study as daytime structures. Of course I have always known that night was a part of the past as much as it is today. But my own engagements with prehistoric monuments usually take place during the day, so I am rarely forced to think about them at night. In our light filled world where our streets are constantly illuminated and we can light a room with the flick of a switch, we tend to forget about the darker worlds within which those in past dwelt (I suspect those who live outside the city or large settlements have a better idea of streetlamp-less nights than I do). What would those monuments and landscapes have been like during the night with stars and the moon overhead, or in the inky darkness when there is a covering of cloud? How would this have affected the way in which these sites could have been perceived and experienced? In countries such as Scotland where the winter nights are long and the days short this is an important consideration, and must play a part in our thinking about the experience of these sites. I think about the long rows of timber posts of the cursus monuments (which are long rectangular enclosures defined by posts, dating to the early Neolithic and found only in Scotland), casting ghostly shadows in the moonlight. Probably very different in character than in broad daylight. Would they have seemed very different from the surrounding forests? Could the ceremonies and rituals that we envisage taking place at these sites have in fact taken place at night?

There is evidence of burning at many early Neolithic timber monuments in Scotland. Most (though not all) timber cursus monuments show evidence of the burning of selected timbers, burning so intense that it reached to the base of the timbers. All early Neolithic timber halls were razed to the ground, and a number of other timber monuments were intensely burnt. This was tended, deliberate fire. Perhaps this burning took place at night under a starlight sky. Certainly the effect would have been more spectacular at night, in the darkness, something demonstrated recently at the Burning the Circle event on the Island of Bute which took place in July 2013. Here a circle of timbers were experimentally burnt, the firing of the timbers taking place after sunset. The pictures of this event are very evocative. The burning of wooden Neolithic monuments must have been equally spectacular. I think about the flickering firelight. Individuals moving in and out of the shadows, tending the flames. Others standing back, watching the spectacle, taking part in the ritual, remembering the last time. Faces, now in darkness, now lit by a rising flame. Ethereal and unreal, solid and sure all at the same time. The heat of the fire consuming the wood. The familiar being transformed, under the stars.

So perhaps I’ll be remembering to look up more often in the future to gaze at the stars above. As I do I’ll think about the prehistoric communities who lived under those same stars, perhaps watching their monuments burn in the moonlight. Maybe they too were awed by the wonder of the starry skies, just as I am.